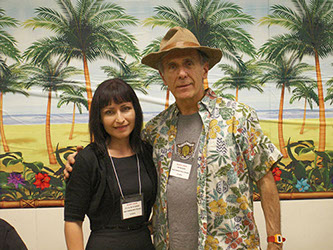 In the early 1990's, Jim Walker attended many Bay Area health fairs as a vendor. He was struck with the feeling that the health fairs were good but he could make them better! So, in 1994, he founded HealthWise and began organizing employee health fairs for companies in and around the "Silicon Valley". He took the best elements of the fairs he'd been attending and added some creative touches of his own. The result is Healthwise Healthfairs, considered by many to be the "health fair experts".

Focusing on making the fairs educational and interactive, as well as fun, HealthWise has organized nearly 900 fairs for companies in 23 states! Some of the clients are high-tech household names such as Adobe Systems, Aruba Networks, Brocade Communications, Facebook, Juniper Networks, Logitech, McAfee, Novellus and Salesforce.com. Working with HR Directors and Benefits staff of companies ranging from 75 employees, to as large as several thousand, HealthWise takes responsibility for everything from helping choose the vendors, to decorating with a specific theme. In these unsteady financial times, it's good to get what you pay for.

With HealthWise, YOU ALWAYS GET MORE THAN YOU PAY FOR!